skip to main | skip to sidebar

Most recently, we have moved back home, after rebuilding in the aftermath of a house fire.

It was very difficult, to live in town for over a year while we got things arranged, and then built.  There were many delays, partly our doing as we struggled to think things through and adapt, and partly natural ("monsoon" rain last September put us back at least three weeks...), and partly due to miscommunications.  But it's done and the house is built, and we are "home" again.

I worked last year, all year, at a middle school and greatly enjoyed it.  But, alas!  it was just for a single year.  So I have been watching the job boards and hoping...  I have had two interviews, and didn't get the jobs, so an interview tomorrow looks like one of my last chances to find something/anything before the new year begins.  No matter what, I will be in schools, teaching as a substitute or volunteer.

Most of my income goes to paying off student loans, and paying to keep Matthew from having student loans.  The little that is left over went last year to paying for things for the new house, and next year will go toward re-establishing a retirement fund of some kind.

Grant finished high school...  he is working.  So strange to have my children now well and truly into adult status.  He still lives with us, which is a joy, but the writing is on the wall -- and someday he will be on his own.

Tom is as always wonderful and helpful.  He has been working on the yard and getting things organized in his office.

Despite the disruptions, and the loss of so much last year, this year is turning into a very nice one.  A slower change of pace after moving home, and the ability to just "be" at home has felt like a months-long vacation to me.

If you haven't been keeping up with our goings-on, there are many pictures and more thoughts at stidmama.com although I don't post as often as I once did!  Visit us there!
Posted by Stidmama at 12:26

Though I continue to mostly ignore this blog space, I have recently updated my profile and image.

I finished a Master's in Teaching this month, with certification in Washington State to teach middle-level humanities and elementary education, a reading endorsement (K-12) is pending.

For the most up-to-date thoughts, rants and (a)musings, please continue to visit stidmama.com
Posted by stidmama at 20:49

I am no longer maintaining this blog -- when I have time to post, which is rarely, I write to my website.

I have just turned off all comments for this blog as well, since spammers have been leaving ridiculous things on ancient posts.

The weather this winter has been mild, my health has been variable, the children are brilliant, the spouse is wonderful (of course), and schoolwork has been... difficult. I am looking forward to Spring.
Posted by Stidmama at 13:05

Not sure who started it, but for those who would like to play, I blogged it on 19 March 2007. You can go directly to it Here

This work is licensed under a Creative Commons Attribution-Noncommercial-No Derivative Works 2.5 License.

my idea of a strong presidential candidate 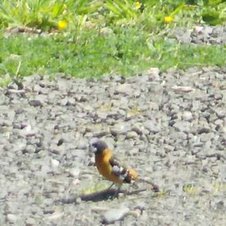